Danish Ship Finance's only business area involves the provision of loans for shipping companies with loans secured by a ship’s mortgage.

Danish Ship Finance has been committed to ship financing since 1961 and is a trusted partner for Danish and international shipping companies. We are a highly specialized niche player dedicated to serving our customers to the highest standards of business.

We operate a loan book of approximately USD 5.76 billion secured by first priority mortgages in 803 vessels. Our team of 78 people work out of one office in Copenhagen. The ship finance operation is supported by our in-house expertise within shipping research, marine insurance and marine surveillance.

We are funded by the issuance of covered bonds on NASDAQ OMX Nordic. As a ship finance institute, we are supervised by the Danish Financial Supervisory Authority. 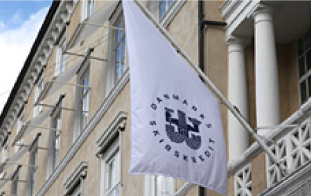 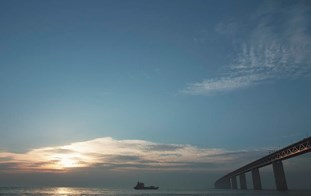 Executive Management & Board of Directors

The management is responsible for the day-to-day management, while the Board of Directors defines the principles of Danish Ship Finance's operations. 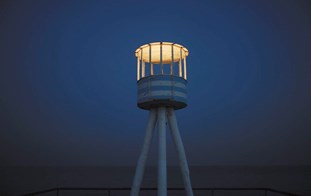 The Board of Directors makes ongoing assessments of the company's rules, policies and practices in relation to recommendations for good corporate governance.

According to the executive order on a ship finance institute the company, in its capacity of issuer of bonds on NASDAQ Copenhagen, is also subject to parts of the Executive Order on the Issuance of Bonds by Mortgage Credit Institutions, the Balance Principle, Interest Rate and Exchange Rate Risks.

Furthermore, the company is via the executive order on a ship finance institute subject to parts of the Danish Financial Business Act, which is the common set of rules governing banks, mortgage credit institutions and insurance companies, etc. in Denmark. The company is subject to the provisions of this Act with respect to good practice, ownership and management, capital structure of financial enterprises, annual report, audit and appropriation of profit for the year, intervention in or cessation of the financial enterprise and penalties.

Danish Ship Finance is exempt from the EU credit institution directives. In practice, this means that, unlike other Danish banks and mortgage credit institutions, the company is not subject to a limitation in respect of large customers. Instead, the company is under an obligation to determine rules on risk diversification, including risks associated with lending. The diversification rules are described in the annual report.

In addition to the rules stipulated by the authorities, the company is governed by the articles of association of Danish Ship Finance, which comply with the provisions of the Danish Companies Act. The company’s in-house activities are also governed by a set of policies that may be more restrictive than the external regulation. These policies have been adopted by the Board of Directors.